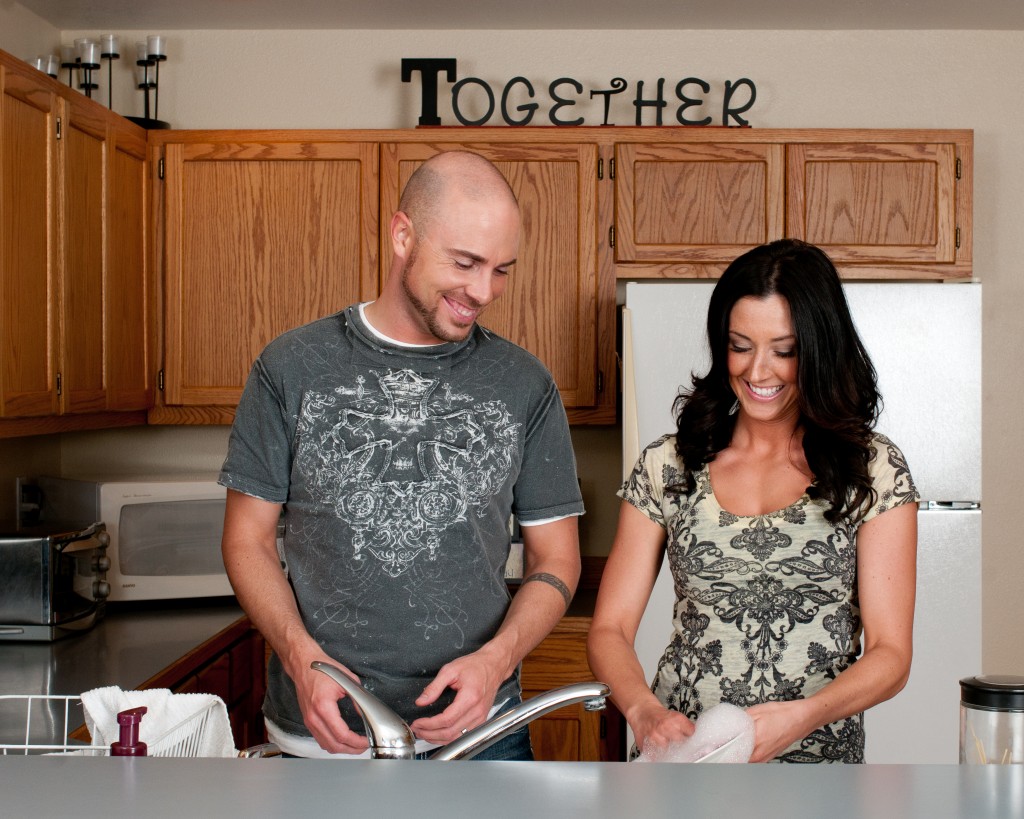 Real couples share their stories about how they stuck it out through some uncertain times.

If you have a testimony please contact us.  We will be featuring one couple per month. 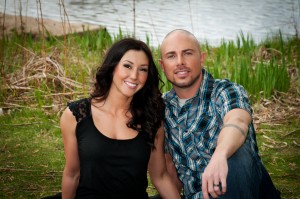 Every marriage, will face it’s own unique challenges and have to ride through various storms.   Each couple, has the choice to let those challenges pull them apart or bring them closer together.  We chose to highlight Wyatt and Lauren in our “Real Couple” series because they have faced challenges head-on and grew closer in the process.  These are Lauren’s own words about the recent storm that crashed onto the shore of their marriage……

“November 12, 2011 I checked my voicemail while in between clients at work. It was news that no wife wants to hear; Wyatt had been riding his dirt bike at the motocross track and had what looked to be a serious accident. The ambulance was taking him to Saint Alphonsus Trauma Center. Initially I wanted to panic and the walls felt like they were closing in, but instead I prayed, “God please let him be alright, and please, give me peace, and give me patience.” Amazingly I was fairly calm driving to the hospital. Once I was taken back into his room in the ER and he looked at me, I knew it was bad but somehow I felt solid and peaceful. He sustained a shattered femur, displaced clavicle, fractures in his spinal bones, rib fractures, sternum fracture, concussion, bruising on his lungs and muscular trauma to his lower back. He had surgery that day to place a titanium rod down the entire length of the femur, through the middle of the bone. I was told by a friend, while waiting for Wyatt to get out of the OR, that I didn’t look like a wife who had been at the hospital all day with a seriously injured husband­–that I looked good. I laughed and then realized that I felt good…strong.

Initially even the thought of him coming home was intimidating to both of us. We knew the road ahead was going to be challenging. Not only did I have the usual work and upkeep of daily life, but the full-time care for Wyatt, who at the time could do almost nothing on his own.

It was a slow, step-by-step, day-by-day recovery; each one a test of will, courage and love. He was dependent on me for care, encouragement and emotional strength. I was dependent on him for encouragement and positive affirmation that I was doing a good job. We were dependent on family, God, and the amazing friends He blessed us with. I had never been very good at accepting help from people, especially when I couldn’t do anything in return. But going through all this taught us that God gives you people to love on you and bless you, to help keep you strong. It was truly humbling.

We genuinely appreciated the small things. On Thanksgiving Day we were truly thankful. Christmas was not at all about material gifts, but about the gift of having each other. We rang in the New Year appreciating the opportunity for growth spiritually, emotionally, and relationally.

Together we celebrated the small victories. Like when he was able to sit upright in a chair; and getting him into a fresh set of clothes. He was elated when he didn’t have to have his nightly shots from “Nurse Lauren”, and as his need for pain medicine decreased. Once he started physical therapy I was his cheerleader during sessions and his coach at home. As his back and sternum began healing he was able to focus on rebuilding the muscles in his leg. It was tedious exercise and at times very painful. But he remained strong and we worked as a team.

Currently, seven months after the accident, Wyatt has improved immensely! Although his collarbone hasn’t healed, the other fractures have. His femur is still regenerating new bone and he has strengthened his leg muscles back to the point of almost being able to run!

The doctors told us, when a bone is broken and then heals, it is stronger than before; it is considered almost unbreakable. We feel our marriage is the same way. We were doing well as a married couple, then, we experienced situations that were stressful, trying and painful. Relying on each other and by trusting God we have reached a level of even greater love and commitment. We heard this quote: “Love is the result of fighting for a commitment you’ve made. Love is living for others. Most people give up before they even get to the good stuff. You can have the good–no the great stuff–but you can only get it by going through the bad stuff because that’s where the great stuff lives!”  We feel that this is so powerfully true. We have made it to the great stuff- a potent love and a closeness that is extraordinary. We know there will always be ups and downs in our life together, but we know that God is faithful and we have been blessed by Him and we look forward to the plans he has for us as individuals and as husband and wife.”

Married 64 Years!  What is their secret? Shirley tells us in her own words.

On October 4, 1947 we drove from Grants Pass to Reno, changed clothes in a service station restroom, went to City hall, got a 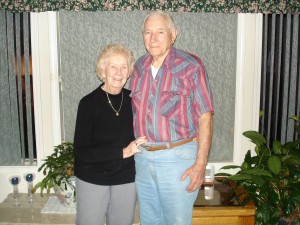 marriage license, found a justice of the peace, and got married.

We had breakfast, and went “home” to an apartment in San Francisco
that Nelson had his sister rent for us, and started our marriage.

We just had our 64th anniversary. We stayed home, ate leftovers and enjoyed thepeace and quiet.
You ask, what is your secret?  There is no secret.  All marriages have ups and downs.  Hard
times and good times.  When you marry, you vow to take your partner for
better or for worse, and in sickness and in health. Very few young couples
now even listen to what they are promising to do.  They are marrying for better
and much better and sickness is not in the program. At the first sign of
problems or trouble, just go look for someone else that will give you more
of what you want and make you happy.  Divorce is too easy to get, and the
commercial part of our lives has overtaken the good sense and thinking of
our younger generations.

When we spoke at our church sweetheart dinner a few years ago we told them
that at the beginning it was not all moonlight and roses and there were hard
times, some very hard but we learned very early on that we were too poor to
afford a divorce and you go to jail for murder so our only option was that
we had to learn to get along.

The years have had many ups and downs but
we are better friends and closer now in our later years than ever in the
past . I cannot remember the last argument we ever had, or what it was
about.  You learn over the years that you need the support and communication
with your partner and just work out what needs to be taken care of.  Most
“stuff” you argue about is not important anyway.

There is no secret.
love you all
Shirley

There are no upcoming events.